​The International Psychosomatic Association P. Marty, aims to develop, extend and transmit psychosomatic knowledge, with constant reference to the principles of psychoanalysis and the approaches initiated in this field by the “Ecole Psychosomatique” in Paris. The IPAPM is composed from its members (physical persons) and its constitutional societies (legal persons).


The Association,Brings its support to the professionals and groupings of professionals who are willing to develop activities of research and/or clinical practice.

The Organisation of the IPAPM 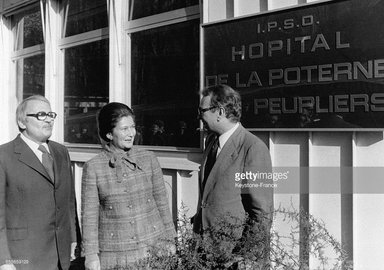 
​The International Psychosomatic Association Pierre Marty (AI) was born in the year 2000 on the occasion of a first International Symposium of Psychosomatics in Barcelona. The AI has a prehistory that must be briefly presented and which constitutes the foundations of his young current history.

It all started in the years 1980-1990 at the Poterne des Peupliers Hospital in Paris. In this innovative place for the psychosomatics, French psychoanalysts as well from several regions of the world, came to be trained in this new psychoanalytic discipline with Pierre Marty. The crucible of this training was the collective supervision led by Pierre Marty on Saturday morning at the Poterne des Peupliers Hospital.

There met the leaders of the future Psychosomatic Associations. Attracted by the excellence and the novelty of Pierre Marty's teaching, they often traveled long distances to go every month, to the Saturday morning supervision. Next to Parisian psychoanalysts,
Marilia Aiseinstein, Diane L'Heureux Le Beuf, Robert Asséo, Claude Smadja, Gérard Szwec, among others, were psychoanalysts from the provinces and abroad. So there was Pierre Jorda and Anne-Marie Merle-Beral from Toulouse, Henri Martel from Lyon, Nicos Nicolaidis from Geneva, Isabel Usobiaga et Mikel Zubiri from Bilbao, Fernando Angoulo from Barcelone, Anna Potamianou from Athènes, Carlos et Marta Calatroni from Buenos Aires.

After the death of Pierre Marty in June 1993, Claude Smadja who had taken the direction of the collective supervision of Saturday morning at the Poterne, first alone then with Marilia Aiseinstein, had the idea to bring together all French groups and foreigners to build an international community of psychosomatics, whose goal would be to transmit psychoanalytic psychosomatic developed by Pierre Marty and the School of Paris Psychosomatics.
The first form this forum took was that of a Federation of Psychosomatic Associations from IPSO. Claude Smadja assumed the general secretariat for several years.
It was during these years and under the auspices of this International Federation, the rule was established that a Psychosomatic Association could not be created until it had four IPSO members. that is to say, four psychoanalyst members trained at IPSO, having closed and validated their course and, having passed and validated their memoire to become a full member of IPSO. This rule still prevails today. The first Associations that met these conditions were, IPSO Paris, AGEPSO or IPSO Geneva and IPSO Spain or SEPIA Spain. From there, the A.I. has come into its current form.

The IA was created in the year 2000 on the occasion of a first International Scientific Meeting bringing together the constituent associations, IPSO Paris, AGEPSO (IPSO Genève) and SEPIA Espagne, and other French and foreign groups made up of a certain number of IPSO members but not yet fulfilling the conditions of setting up a Psychosomatic Association. On this occasion was elected the first President of the I. Nicos Nicolaidis who retained his functions from 2000 to 2006.

The IA developed quickly with the project of transmitting and spreading the psychosomatics of the School of Paris through all the regions of the world, where there was a Psychosomatic Association from IPSO. The AI has gradually emerged as an organization whose function was to bring together the different psychosomatic groups in the three dimensions of statutory and administrative foundations, education and training, as well scientific activities and research.

To this end, it has three commissions adapted to these tasks: the standards and registers commission, the training and education commission, and the scientific commission. Very soon after an International Symposium, the AI has been founded with the project to establish the conditions of exchanges nourished between the different groups and the various psychosomaticians coming from the IPSO. This Colloque takes place every two years, each time in a different city where there is an Association AI.

The Clinical Meetings, under the chairmanship of Claude Smadja.
During these meetings, which periodically gather together three groups of A.I. nourished exchanges develop from clinical session material.
- The Training Seminar, under the chairmanship of Mikel Zubiri.
This Seminar is held between members of the IA every year, about extensive theoretical-clinical discussions

Today the AI is an organization that has achieved its majority. In twenty years the Association went from one group, the Paris group to seven groups. Each of the groups has consistently shown and demonstrated its dynamism and vitality through the formation of new members, the creation of an annual Symposium and psychosomatic publications. We must, however, lament the loss of one group, the Geneva group, which dissolved for internal reasons in December 2017. Today we must therefore have six groups : the Paris group, le Toulouse group, Aix-en-Provence group, SEPIA Espagne group, the SEPIA Argentina and the Hellenic Groupe.